Strategic choices of partners with the will, skill and resources to forge links with regional-level players was a key factor in the eventual success of Samarth-NMDP.

It is notoriously difficult to do MSD work well in environments that are affected by economic disruptions and shocks. But the right strategy can make a big difference. In Samarth’s case, the ‘demand pull’ exerted by national-level partners (processors and wholesalers) ensured that changes in practice along value chains became more deeply embedded. As a result, benefits for smallholder farmers (such as increased production and a small price premium for quality) were sustained.

Samarth Evaluation results
Itad Ltd and OPM recently published an independent endline Evaluation of Samarth-NMDP, Nepal’s first M4P (MSD) programme funded by DFID. Samarth ran from 2012 – 2018, enduring a series of economic shocks including the 2015 Gorkha earthquake, a trade blockade by India and a separate import ban by India on Nepali ginger. These shocks severely disrupted markets and the livelihoods of poorer producers. They also delayed implementation and compelled the programme to reallocate funding to economic relief activities.

Initially Samarth struggled to gain traction and embed sustained change with small producers in the market systems it had selected. These had included agriculture (ginger, vegetables), livestock (dairy, fish, pigs), tourism, and a number of cross-cutting areas including crop protection, mechanisation and media.

However, later Samarth successfully adapted to its operating environment. We found that the programme changed its implementation methodology substantially, and at mid-term pivoted to adopt an approach which more clearly followed ‘MSD principles’. Interventions started after this change in strategy were much more successful in producing sustainable change in the target market systems.

The Evaluation found that Samarth-NMDP eventually met its target to reach 330,000 smallholder producers throughout Nepal. It correctly identified and worked with poor households and, in most cases, exceeded its target of at least 50 per cent of producers reached being women.

An important factor in the success of the later interventions was a more strategic choice of partners (typically national-level processors or wholesalers) who had the willingness, resources and skill to forge links with regional-level partners. By facilitating these partnerships between actors in different parts of the market system, rather than offering largescale subsidy directly to local-level players as it had tended to do earlier in its lifecycle, Samarth was able to overcome multiple interlocking constraints which had eluded first phase interventions. Although Samarth continued to provide financial resources to 'buy down' the risk of experimenting with new models, these resources were matched by greater commitments from private sector partners.

A key conclusion from our evaluation therefore is that the MSD approach can work in a disrupted market environment such as Nepal. Our accompanying learning note - Does market development work in Nepal? - explores these findings in more detail. 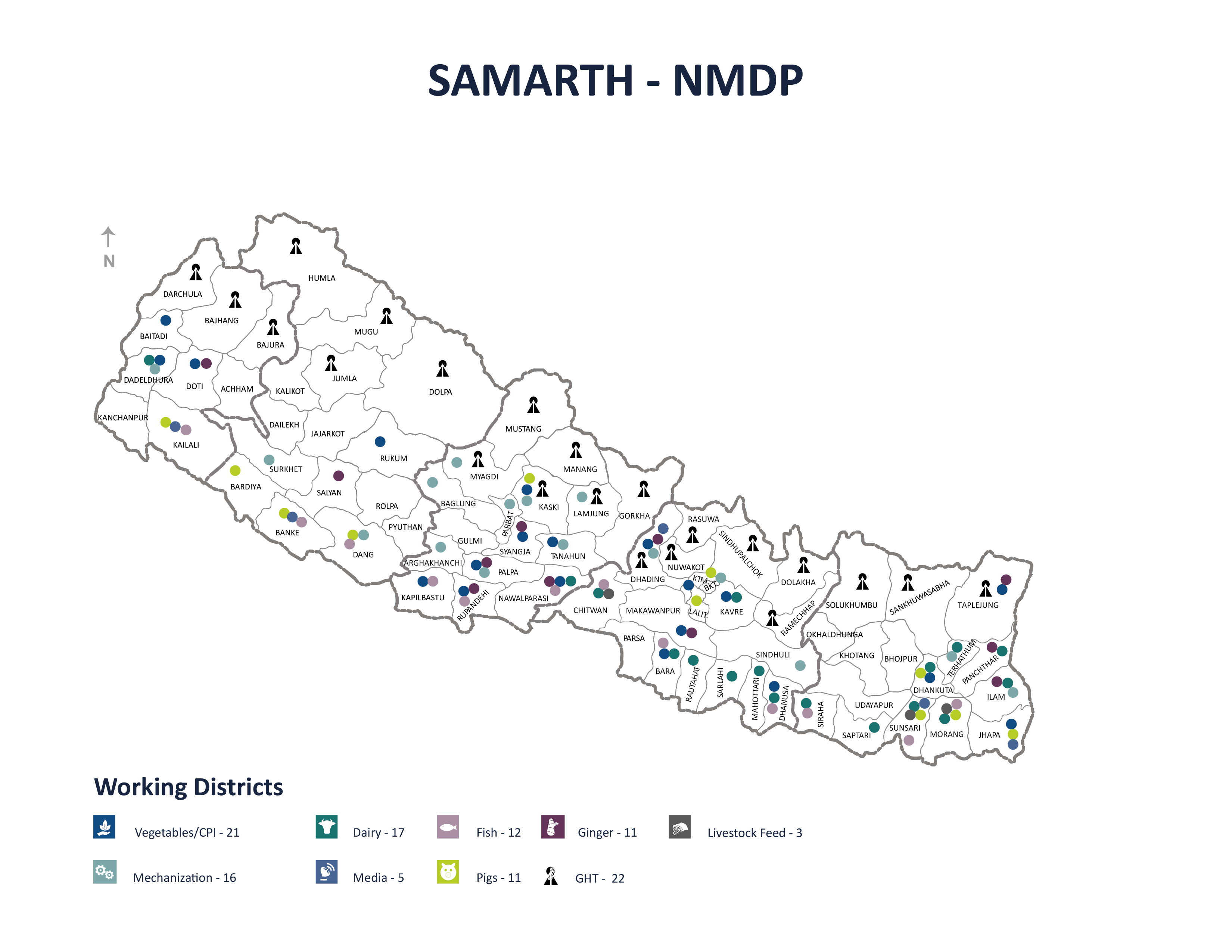 Does market development work in Nepal?