Celebrating a legacy: making market systems work better for the poor – what have we learned?

Alan Gibson was a legend. He was instrumental in conceiving of and developing the M4P (Making Markets Work for the Poor) Approach, more commonly referred to now as market systems development.

On Thursday February 6, 2018 Alan and his brother Neil drove to the Achnashellach area in Northern Scotland to ‘bag a Munro’ (a Scottish mountain over 3000 feet). They were set to climb Bienn Liath Mhor, a relatively easy ‘hillwalk’ as far as Munros go. Unfortunately, what started out as comfortable walk in the green hills quickly turned into a punishing blizzard, and Alan and Neil never made it back. Alan’s body was found on Saturday 6 February and, six weeks later, Neil’s body was found in a remote valley north of Beinn Liath Mhor.

Climbing mountains in difficult conditions could be a metaphor for Alan’s professional life. Alan was a pioneer in market systems development. Never one to take the easy route, he challenged the status quo, questioned convention, confronted naysayers and exposed posterior‐coverers, to forge a new path. Many of us are in his debt for doing so. (Hitchins and Taylor1)

In memory of Alan and to honour his immense contribution to the field of international development, I reached out to Alan’s colleagues, students, and friends – those who had benefitted from his guidance and wisdom – and asked them to contribute to a book to memorialise his work. The result is Making Market Systems Work for the Poor: Experience Inspired by Alan Gibson.

A collection of M4P experiences

M4P has been around for more than two decades – what have we learned? what are some notable experiences that bolster our belief (or doubts) in the framework? what is the thinking driving market system development today? how can we continue to promote market systems approaches?

The book documents experience in applying the M4P approach. Consistent with Alan’s teachings, it is not a ‘how-to’ guide; rather it is a collection of learnings and experiences written by people who were influenced by Alan’s thinking, challenged themselves to implement it (or supported/influenced others to adopt the approach), and who were interested in reflecting on the successes and challenges.

The experiences within aim to demonstrate how M4P works and in doing so provide a learning resource for those designing, funding or managing M4P programmes. Lessons are drawn from many different sectors and geographies and cover a wide range of subjects from eating (or not) stale doughnuts while listening to Billy Joel “I’m in a doughnut state of mind” (Jake Lomax, Chapter 3) to figuring out how to make toilet use sustainable in "Making Markets Work for the Poo-er” (Kate Fogelberg, chapter 7). 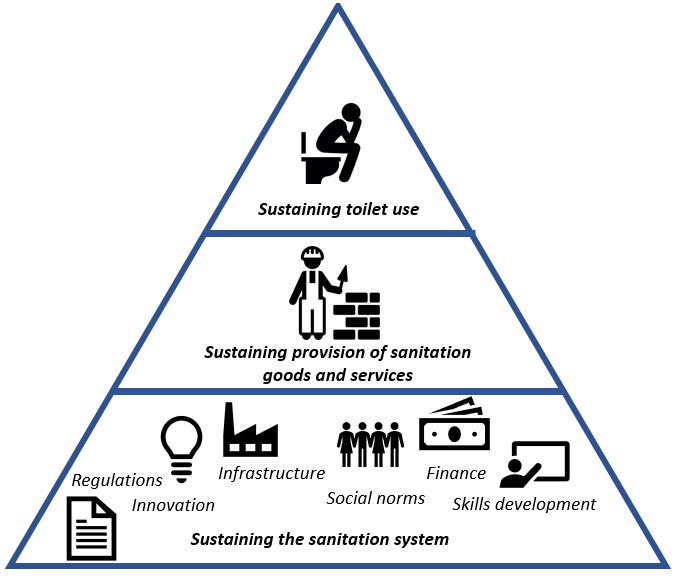 Expanding the concept of sustainability

A resource for understanding and applying M4P

In total there are 12 chapters divided into three sections:

This is followed by Alan Gibson on aid, why development fails and other matters which includes various blogs and ‘soapboxes’ written by Alan, all of which reflect his customary wit and substantial intellect.

In praise of Alan’s contribution to good development

The last section includes Tributes to Alan. As evidenced by this book and the personal comments within, Alan had tremendous impact on the people he met, those he taught, and those lucky enough to work with him. He challenged everyone he met to do things well (or not do them at all), and to make a difference.

It simply seems impossible that he should have gone – there was always such a vitality about him. I can only emphatically agree that the world was a far, far better place with Alan in it. It seems grotesque that we have lost someone so brilliant. He managed to combine an extraordinary intellectual and moral integrity with a wonderful sense of the absurd, a joyous wit and – so rare – a genuine, deep modesty. (David Ferrand2)

A call to action

Alan’s thinking and vision for a market systems approach to poverty alleviation and economic development was transformative and far-reaching. His brilliance and remarkable ability and generosity to share his insights was a gift, to which this book is testament.

When reviewing anything, Alan’s first question was always ‘so what?’ So, let’s use the sadness of his passing as an opportunity. Hold up a mirror as you’re on your way to the office tomorrow and ask yourself a question: is what I’m doing, saying, or writing really advancing the cause of better development? Will it really make a difference? If not, then maybe you should do something else.
Be brave. Don’t be a ‘tim’rous beastie’. Ask yourself, what would Alan Gibson do? (Hitchins and Taylor3)

Alan was a great partner on so many levels and indeed, his legacy is worth honouring. I do hope he is at peace knowing he has inspired us to push and prod, to make market systems work better for the poor – to make a difference.