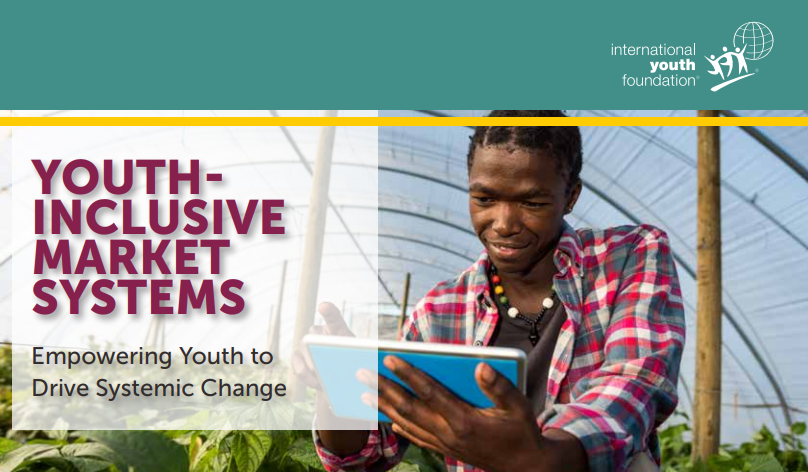 Empowering youth to catalyse positive changes in those market systems in which the poor are most reliant.

The International Youth Foundation's (IYF) new Youth-Inclusive Market Systems (YIMS) approach is centered around the business proposition that young people have the power and potential to be catalysts for positive change within market systems, including those markets in which the poor are most reliant.

This global youth cohort is better educated, more ICT literate and more mobile than previous generations. Many young people are also at a stage in life where they can more easily pursue new ventures and new ideas, as compared to adults.

They are therefore well placed to function as innovation leaders within market systems. For example by adopting and championing new technology to boost agricultural production, or through creating new service-oriented enterprises that function as positive disrupters in a market system.

Young people are best enabled to catalyse the types of positive change that market systems initiatives aim to facilitate.

This technical brief describes IYF’s model and resources for facilitating Youth-Inclusive Market Systems, including examples of this approach in practice.