Improving the business environment in the transport sector in DRC 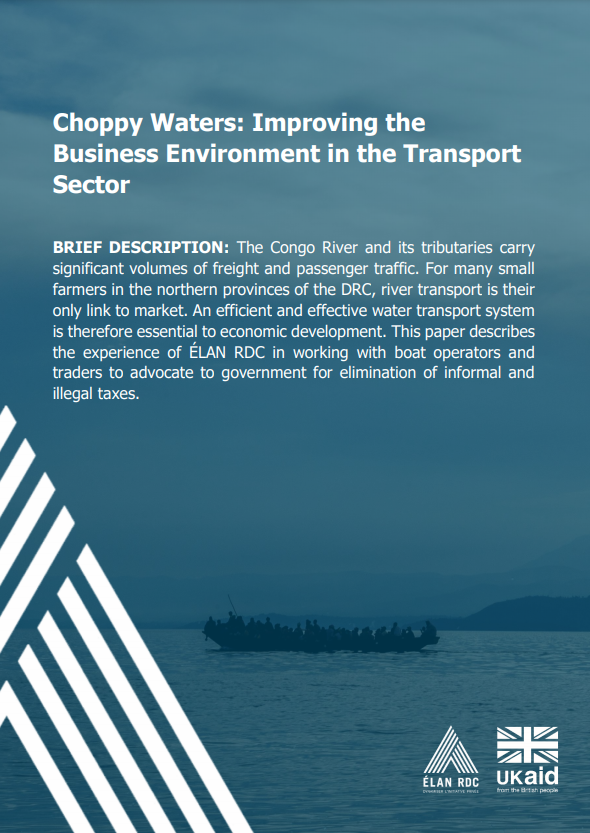 This paper describes ÉLAN RDC's advocacy campaign, working with boat operators, traders and provincial authorities, for the elimination of informal and illegal taxes.

For many small farmers in the northern provinces of the DRC, river transport is their only link to market. An efficient and effective water transport system is therefore essential to economic development.

Despite setbacks, including the re-emergence of some of the illegal taxes, the business environment for the river boat operators and traders is considerably better than before ÉLAN’s intervention. Key findings include: