The journey of a market system development project in Afghanistan 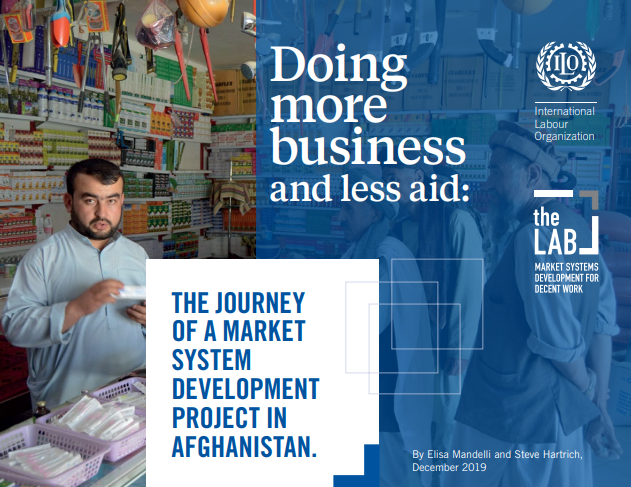 Published by
The Lab, ILO

How the Road to Jobs (R2J) programme has implemented an MSD approach in a fragile setting to create more and better jobs that could be sustained and reach scale.

Afghanistan is still engaged in a war that has lasted a generation. Foreign aid, which had been keeping the government propped up, has continuously promoted a business culture of government reliance rather than innovation and independence. The country continuously ranks as one of the most corrupt in the world and the investment climate for new business opportunities is poor.

It is one of the youngest countries in the world and has over 400,000 youth joining a stagnant economy’s labour force each year. The number of youth who are unemployed, under-employed or vulnerably employed grows by the day.

This project was designed to address key constraints and strengthen the agriculture and manufacturing sector challenges in northern Afghanistan such that government and businesses could innovate, compete and create more and better jobs for those who need them most.

This brief describes how the project navigated through early challenges to learn and improve to get businesses, government and business associations on board with new ways of working and initiate systemic changes.

Selecting the road to more and better Jobs

Guidance on successfully working on rules and regulations as well as private sector development Tools
Printed from https://beamexchange.org/resources/1282/ on 08/18/2022 at 05:05