Strengthening the ecosystem for the provision of information security services 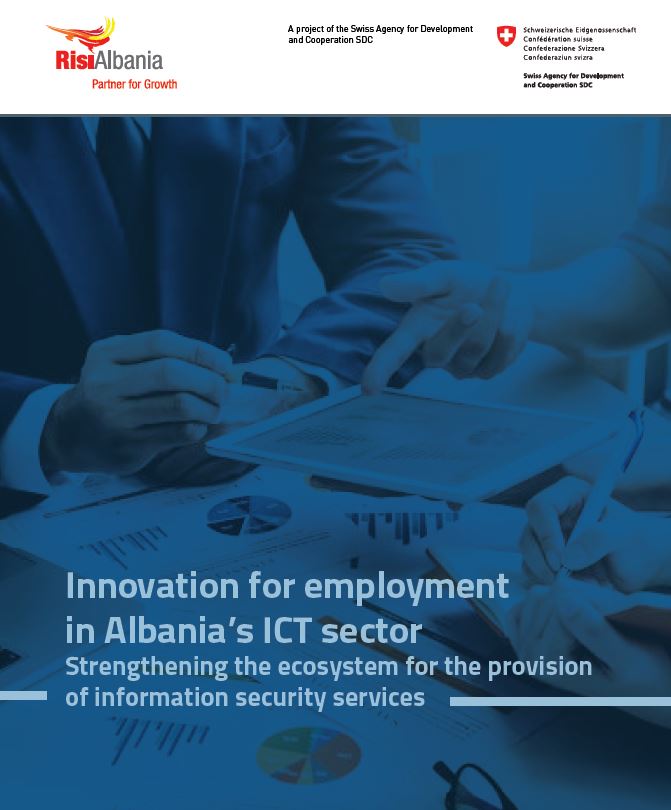 This case study forms part of a series of analyses of RisiAlbania’s market systems interventions in Albania’s ICT, Tourism and Agricultural sectors.

It focuses on RisiAlbania’s efforts to take advantage of emerging changes in the market for information security services - increased regulatory attention to cybersecurity and data protection in several areas of the Albanian economy - to spur uptake of upgrades and generate jobs for young Albanians.

RisiAlbania first supported a government agency, the National Authority for Electronic Certification and Cyber Security (NAECCS), to produce bylaws and publicise new standards for information security. But it quickly recognised that a lack of capacity to help firms comply with NAECCS and other data protection standards meant that getting the enabling environment right would not be sufficient - it needed to go deeper to help a small number of local firms provide advisory and certification services.

By pivoting to focus on two promising partners, LegalCert and InfoSecurity, Risi was able to kickstart a faster process of uptake as more banks, insurers, software developers and other companies moved to comply with information security standards.

The case study describes the analytical and partnering tactics RisiAlbania used to achieve its goals.

Upskilling & reskilling in the new normal

RisiAlbania's work to promote sustainable tourism and youth employment Case study
Printed from https://beamexchange.org/resources/1501/ on 06/20/2021 at 14:27