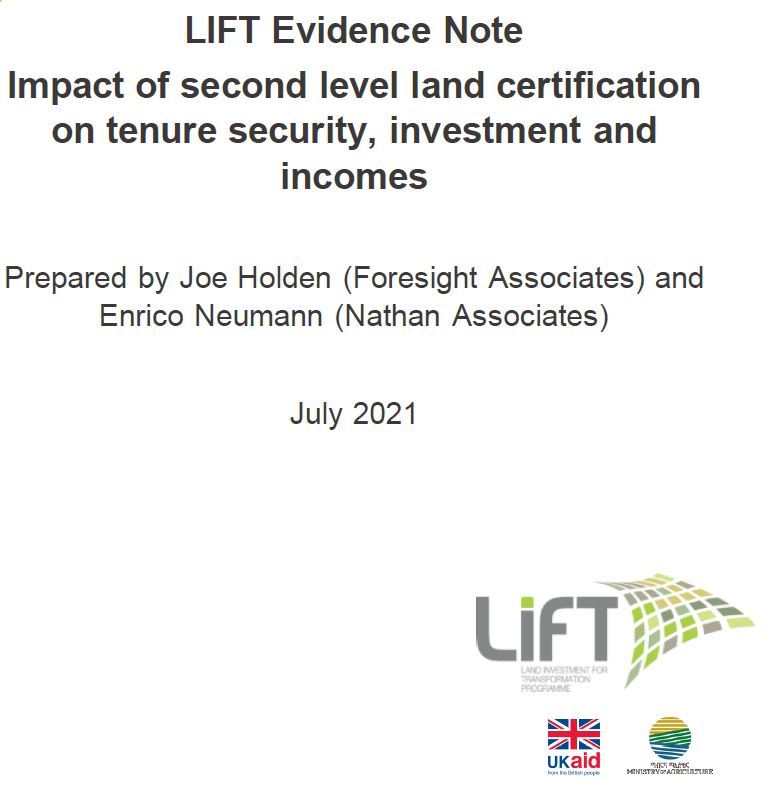 This report documents quantitative findings on how tenure security translates into increased investments, productivity, and incomes.

The most recent income survey (2021) finds that tenure security effect from roll-out of SLLC is a necessary but an insufficient driver of productivity improvements for smallholder farmers. It is a secondary driver of productivity and income, with other variables, such as weather and input-use, playing a larger, primary, or direct role in determining agricultural productivity.

The report reflects that: