The good, the bad and the ugly: market systems and the politics of evidence 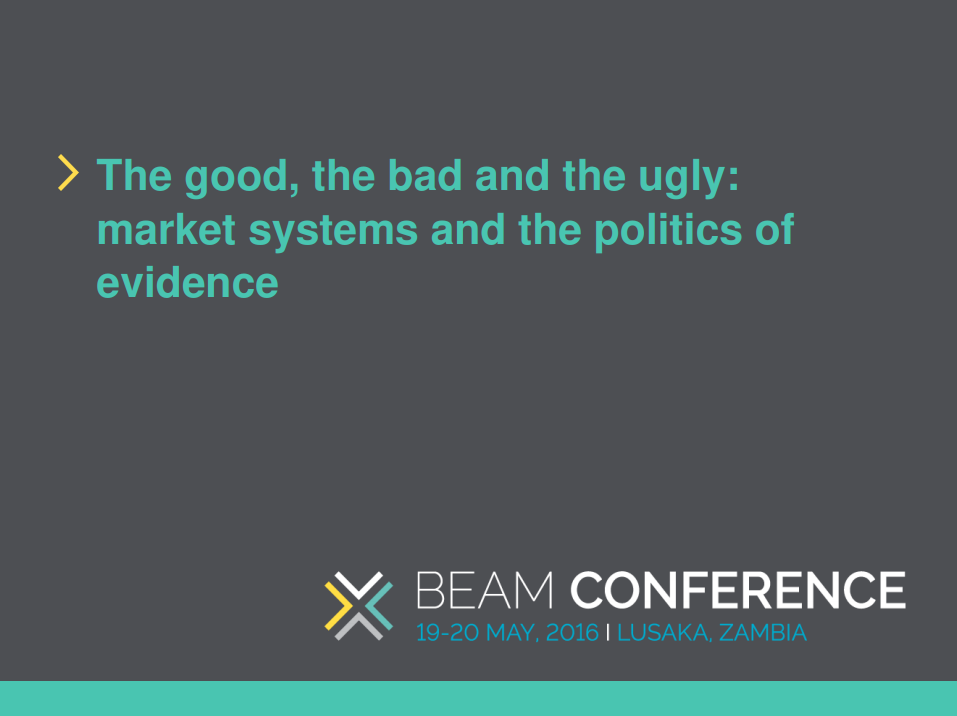 This plenary at the BEAM Conference 2016 provocatively questioned whether 'rigour' is what actually counts in the current discussion on evidence. Instead of just offering yet another definition of what is seen as 'rigorous' evidence, it critically analyses the current use of evidence and asks what role evidence plays in how decisions are made on different levels. It aims to stimulate a debate about what evidence is used for and how evidence generation can be more adapted to its use rather than to satisfy an imaginary quest for methodological rigour. Featuring inputs from practitioners, evaluation specialists and donors, it aims to curate a broad set of useful principles that the market systems community agrees on and which it can actively take forward.