Six steps to assess systemic change (and improve your strategy) 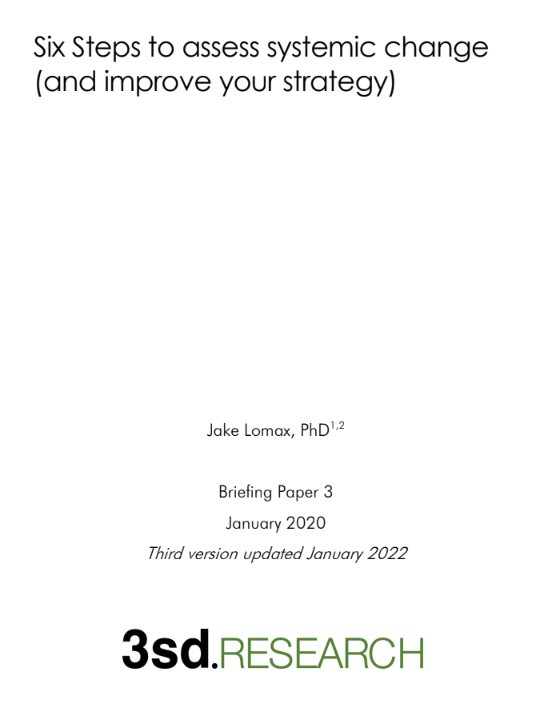 The authors of this six-step guide argue that there are four key components of any systems change: namely, actors, actions, behaviour change, and resources. The framework then outlines a six step process beginning with defining and describing actors and their actions, then analysing the extent to which these change over time. The framework is aimed at MEL practitioners in particular but would be useful to anyone looking to simplify their understanding of systems change in their programmes.

It is a fairly nascent idea but has been adapted by a few programmes in different contexts.